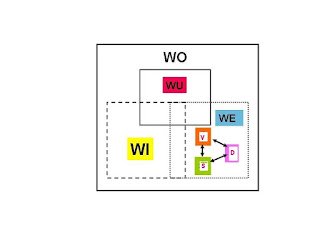 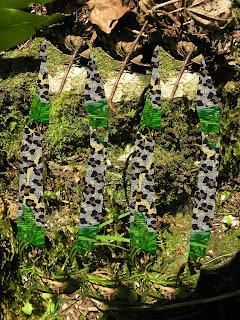 The House of Mankind 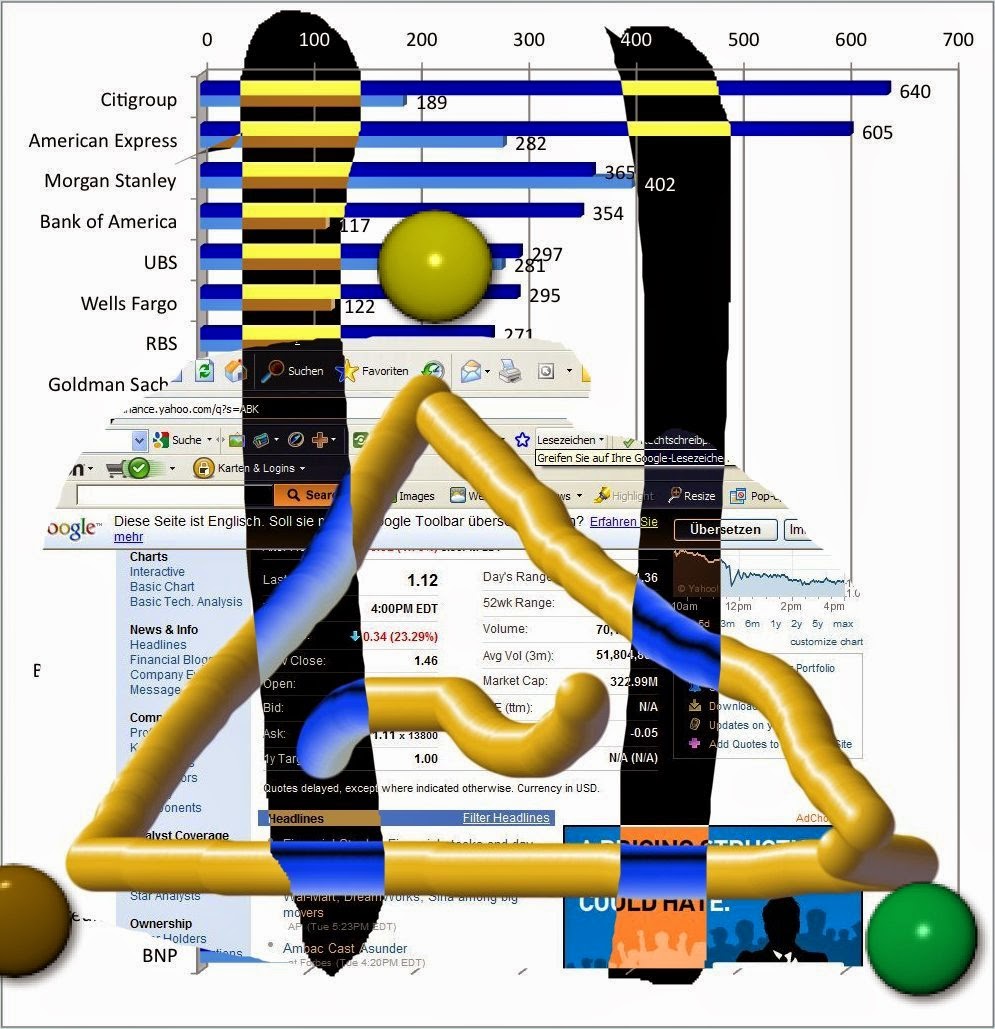 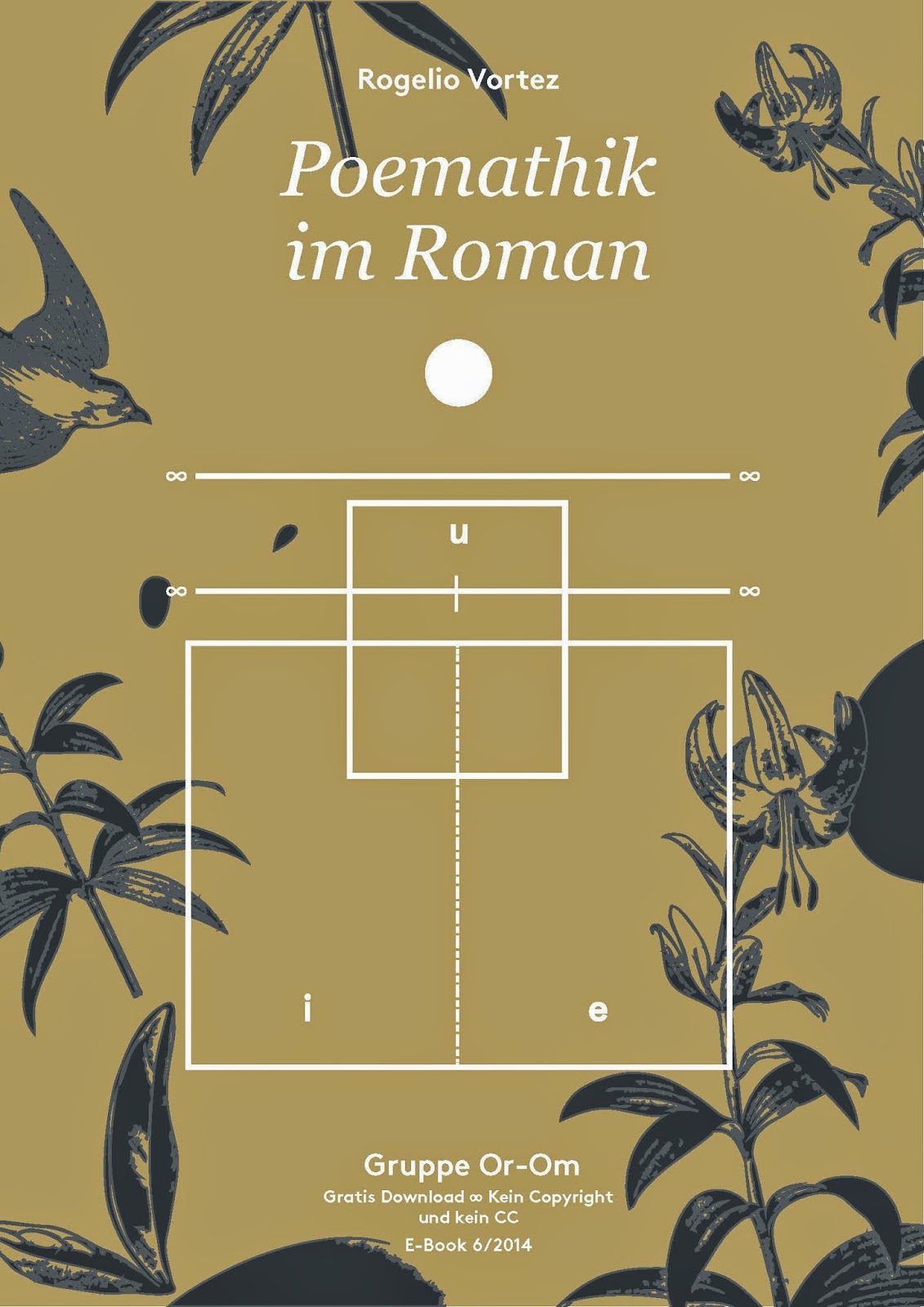 Or-Om intends to create meaningful connections and amicable relations between art and research, between emerging ideas in culture and science. The group Or-Om has put forth a number of proposals which try to intrigue on a number of levels: through visual materials, texts and subsequently through discussion. The goals are high: to achieve new horizons (historically; globally) while transgressing all former and present phases of human development in sciences and arts.

We believe that history unfolds in a continuous evolution. To deal with culture in a critical way - socially, politically, artistically - is what we aim for; this implies an analytical approach so as to adjust scientific research and cultural innovation to the continuous changes of history. changing history.
Posted by Richard Jochum at 11:55 PM 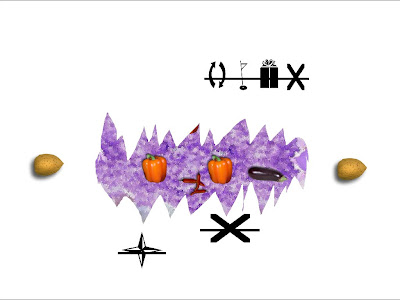 These dungeons of mathematics, logic, and natural sciences impedes human evolution severely. If we rightfully assume an absolute infinite to exist, essentiality graduations of infinity have to be supposed and deduced. Each finite part within the infinite essentiality implies infinity itself and includes infinite divisibility and internal infinite determinability.

By means of a 3264x2448 pixel garden-segment and the infinite internal possibilities of this unity's variation basical problems of mathematics, logics, epistemology and digital art theory become subject of evolutionary reflections. Infinite generations of artist would not be able to exhaust the formal aspects and contents of this internal infinity.

TIMELESS WATCHES© reflects the former concepts of time in philosophy and physics and deduces a new concept of time derived within the Absolute and Infinite Divine Essence. 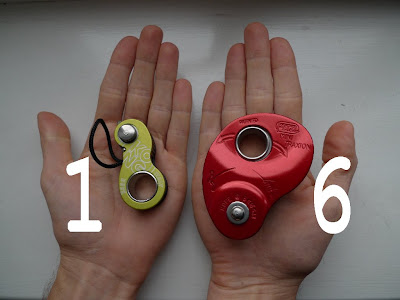 TIMELESS WATCHES© reflects the difficulty of perception of time by furnishing watches with a special ruminant design. The TIMELESS WATCHES©-Project activates and provokes the question of the essential nature of time. We maintain that all modern theories of time in the following draft are inner, special and partly erroneous cases of the Divine Concept of Time (DT) as it has been outlined here.
Time is ontologically speaking the Absolute Infinite DT. Time is not only a concept of our human mind (idealistic view); the realism of time results from the fact that time is an inner category of the Divine Essence. Time is not an illusion, nor is just a relational concept to order the inter-dependencies of objects. The Absolute and Infinite Or-Time is the essential basis for all temporal relationships of limited inner objects within the Divine Essence. All relativistic concepts of time like in 8[Einstein's Special Theory of Relativity; Time-Dilatation] and 9[Einstein's General Theory of Relativity; Time-Dilatation] and the formulas to handle transformations between different timespace-systems are based on inner, partial concepts of time, which have to be seen and reformulated within the DT. 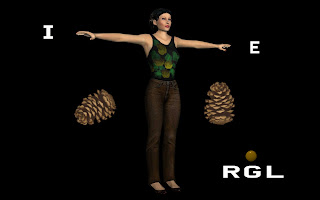 Logo Unplugged is a cooperative art project organized and conceived by Or-Om. It intends to transgress crafty practices as we can find them in corporate logo culture and reuse them in the context of a universal aesthetics in order to reformulate basic principles of art. With the same brushstroke it is intended to liberate the eploitive visual canon of logos and brands and free them up for new horizons of aesthetics beyond the grasp of traditional economy. 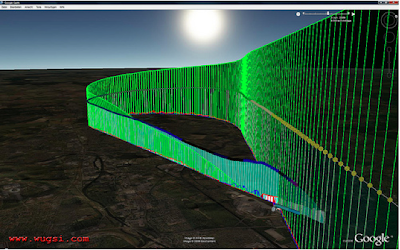 Unicode represents the Tower of Babel. In computing, Unicode is an industry standard allowing computers to consistently represent and manipulate text expressed in most of the world's writing systems. Developed in tandem with the Universal Character Set standard and published in book form as The Unicode Standard, Unicode consists of a repertoire of more than 100,000 characters, a set of code charts for visual reference, an encoding methodology and set of standard character encodings, an enumeration of character properties such as upper and lower case, a set of reference data computer files, and a number of related items, such as character properties, rules for normalization, decomposition, collation, rendering and bidirectional display order (for the correct display of text containing both right-to-left scripts, such as Arabic or Hebrew, and left-to-right scripts) UniCode .
Universalcode∞.1.0 represents a new Universal Language derived within the Doctrine Of Essence by Karl Christian Friedrich Krause. Encoding Unicode into the Universalcode∞.1.0 all traditional languages become semantically transformed within the new universal language parameters. 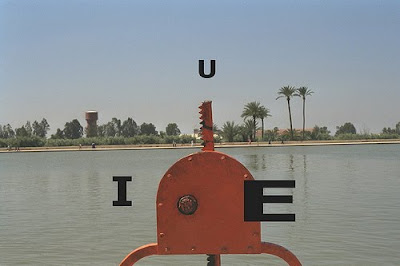 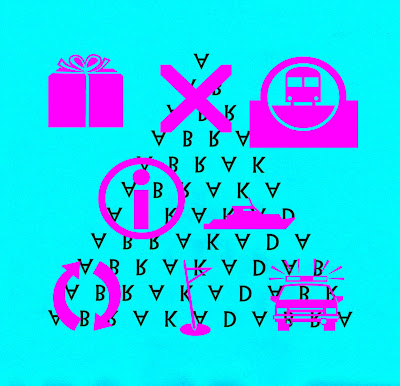 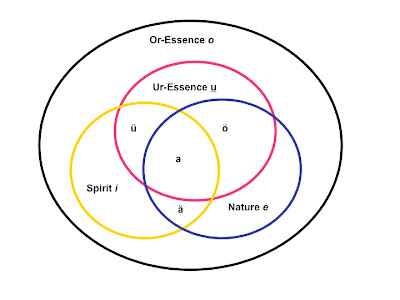 Scholars Without Borders© SWB connects people, organizations and resources to help to build a world where sciences like logics, mathematics and physics can develop beyond the borders of modern limitations and amputations sciences are faced by narrow minded theories, paradigms and schools.

Scholars Without Borders© SWB is independent of governments, educational systems like universities and scientific elites, political ideologies or religious creed. Our work is guided by the common desire of our members and supporters to find new solutions to scientific problems, in a spirit of a new unlimited approach to all basics of science.

SWB present evolutionary new epistemic horizons beyond Naive Realism, Critical Realism, Constructivism, Transcendental Idealism. SWB leads to the Essentialistic Divinism, which enables to develop the basics of the Theory of Everything ,TOE. Modern scientists were not able to find these basics of TOE within their narrow borders. 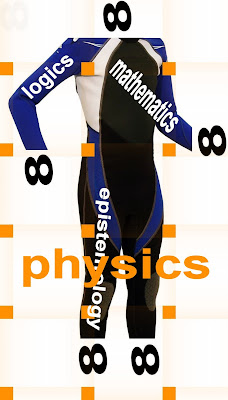 The project exaggerates a certain point: It asks people to create new partitions of the world and invite the public to do so by creating only socalled FLID's. Our Partition of the World consists only of parts called FLID.

Or-Om proclaims a new kind of Universal Partition and its structure. The extensional and critical procedure of FLID(1-∞)-Partition becomes integrated into the Or-Om- Structure.

All formal partitions in aesthetics and scientific concepts like our "final" FLID(1-∞)- Partition have to be deduced from and within the Infinite and Absolute Essence, recognizing the steps and hierarchies of infinite and finite forms respectively concepts (Top-Down-Partition). This evolution implies new concepts for all kinds of art, philosophy and science and their extension, and delivers the possibilities of True Partitions (Or-Om Partition) in the future. 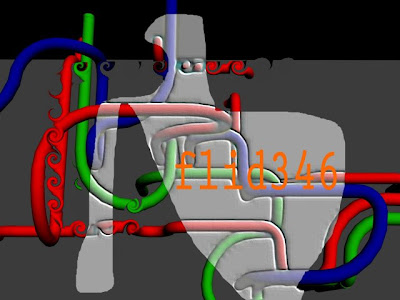 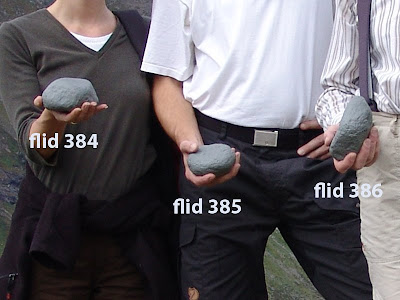 The Last Religion or The Clash of Civilization 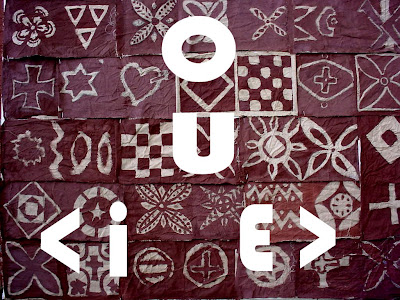 Most conflicts between religious systems (wars, terrorism, genocides and structures of violence) are political struggles concerning the (neo-colonial) distribution of materialistic and spiritual resources and capitals in the world system. This is the background of the conflict (Clash of Civilizations) between the (Christianity-Judaism)-dominated states of 'Western civilization' (18-years old pubescents) and the Islam-dominated systems of states (15 years old pubescents) after 100 years lasting colonial domination. Finally the LR delivers the basics for harmonic global social formations and distribution of resources between all nations as the life-form of adult subjects. The LR – as a new era of enlightenment – reveals the double deficiencies in the 'Western civilization': its unjust dominant structural violence in the world system and its immatureness according to the political and social parameters of the adult LR. The LR transforms and completes the concept of Social Sculpture formulated by Joseph Beuys. 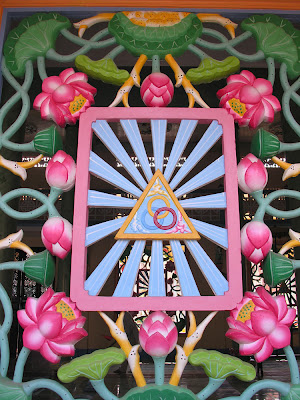 The End of Postmodernism

Postmodernism rejects every metaphysical approach as totalitarean. Postmodernism ask to handle plurality under the conditions of dissent. Postmodernism worships the Goddess of "Finite Plurality". The general character of the postmodern postulats represents a new kind of totalitarian theory.
Or-Om presents an evolutionary step to Postpostmodernism. Traditional oeuvres of philosophy, sciences and of arts are imperfect, incomplete, and can be evolved to a new step of perfection. If art, philosophy and sciences remain in the historical and contemporary limitations, they will not evolve but remain in a vitiuous circle being confronted with the problem of arbitrarity, atony and fatigue in new overlappings and hybrids. The Deductive Generator© constitutes the aesthetical and logical basics for a new foundation of arts and sciences.
All formal aesthetics and all scientific concepts have to be deduced from and within the Infinite and Absolute Essence, recognizing the steps and hierarchies of infinite and finite forms respectively concepts. This evolution implies new concepts for all kinds of art, philosophy and science.
The algorithm of our Deductive Generator© creates all artworks of past, presence and future. All works of art mankind will ever produce are included. You cannot imagine any picture, fantasy, imagination or spatial constellation, which is not included in this concept.
The Deductive Generator© http://portal.or-om.org/tabid/6154/Default.aspx gives you a glimpse of the steps of descent from the Infinite to the finite forms in arts and concepts in philosophy and sciences. Art and sciences become redefined in new connections and Or-Om-structures – and this means "The End of Postmodernism". 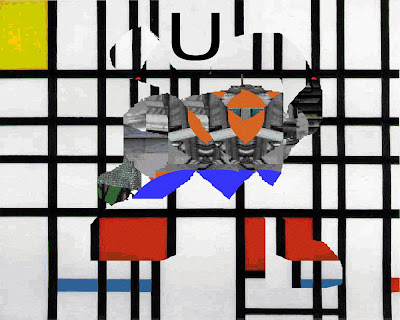 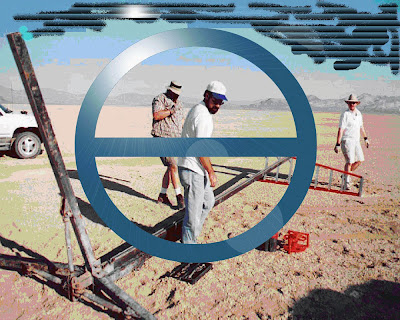 Link:
http://portal.or-om.org/art/EndofPostmodernism/tabid/6080/Default.aspx
Posted by Richard Jochum at 7:55 AM